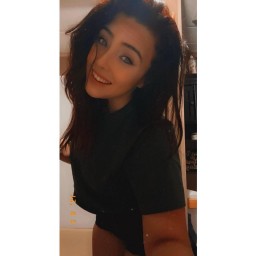 A rundown of all the good, the bad, and the ugly of the Snow Joe SJ627E electric snow thrower.

Electric snow blowers are a mixed bag of blowers, to be honest.

You just never know what you're gonna get:

Yes, it is once again time to talk about another snowblower. And this time, you might be able to infer that we are indeed about to review an electric snowblower this time. The Snow Joe SJ627E to be more specific.

Rated 4.3/5 stars on Amazon, this snow blower has a good share of fans (while also a notably opinionated small share of detractors).

All that and more will be answered in the following write up:

Steel augers. The steel augers sported by this piece of machinery are impressively imposing to look at. When I first laid eyes on them, I couldn't help but think about the large farm tractors you see on TV or in movies. Perhaps this equipment has applications in agriculture too? Who knows!?

When it comes to snow, the steel augers can cut 22 inches in and leave a path behind them that's 13 inches wide. That might not be as good as the gas-powered alternatives but it's pretty decent you're dealing with a small to medium-sized property.

15-amp electric motor. The motor of the Snow Joe SJ627E is also quite decent as far as electric snowblowers go.

Usually, you can't expect much from electric snow blowers in terms of power. You're just buying them to move snow a little quicker than a snow shovel.

But with the Snow Joe SJ627E, you're getting a motor that's strong enough to power steel augers and throw snow as far a 25 feet away. That's perfect for hurling the snow over your fence and into your annoying neighbor's yard!

Let's get one thing clear though, I would not recommend operating heavy, dangerous pieces of machinery during nighttime. You never know what little animals might have been living it's happy little life out there in the snow before you cut it short with your nocturnal snow blowing. And don't even get me started on the mess!

That grim thought being said, if you need to get the snow out of your driveway before morning, the Snow Joe SJ627E comes with a pair of lovely headlamps that'll light the way for you. In terms of luminosity, they can make sure you see right what's in front of you.

Chute clean-out tool for snow build-up. For me, this serves as a nice little touch. The little chimney-cleaner-like brush effectively dislodges snow and small debris that might have gotten suck on the chute -- which is manually rotatable by the way. It wasn't necessary to include a tool like that, but for me, it came greatly appreciated.

Here are the features that stood out for me, making it appear to be a worthy purchase:

There are the features that, in my opinion, holds the unit back and possibly might put some people off from buying it:

Though it is by no means the top-of-the-line, the Snow Joe SJ627E is still a pretty decent snowblower all things considered. In the right property, I'm sure it can perform its job well enough and offer many years of service.

Overall, The Snow Joe SJ627E is a great option for anyone in need of an electric snow blower. This model has an electric start, which makes it incredibly convenient to use. It also includes headlights that make navigating through the night much easier when you're done with your work and want to go home!

On the other hand, if you find yourself in need of a snowblower then can deal with a larger area, or need something that can manage greater volumes of snow, then you might be better off getting a gas-powered snow blower.

They're cheaper in the long run and operate on their own power -- eliminating the need to carry around super long cables or finding the right electrical outlet.

Click Here For The Lowest Price
For other Amazing Electric Snow Blowers, check out our other top recommendations, the EGO Power+ SNT2102, as well as the Snow Joe SJ625E.